The AR is now replaced with the Ωmega! The Ωmega does everything the AR did, only better! 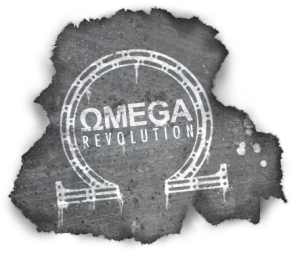 The MK-V V2 AR system is the most advanced body mounted camera stabilization platform in the world.
Scroll down to the bottom to see a video of the AR in action!

The heart of the MK-V AR system is the Deluxe Nexus.

The Revolution System is MK-V’s flagship innovation.
We are taking body mounted camera stabilization to the next level by
providing operators with a way of producing shots never seen before. 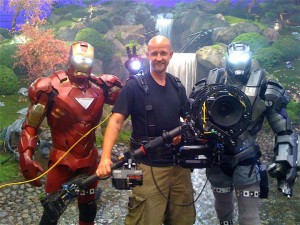 See the AR in action in the Making off on Singapore Airlines’ YouTube:
http://www.youtube.com/user/SingaporeAirlines11

The Revolution was conceived as the Manual Revolution (M-R), and provided for super quick changes
between high and low mode by using the camera’s weight to re-balance the sled. 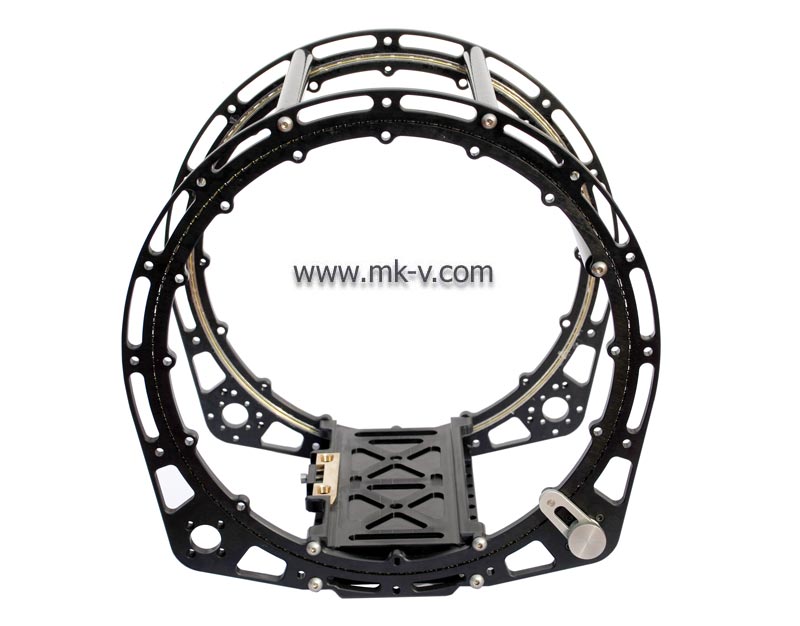 The 2nd variation of the Revolution System is the Powered Revolution (P-R), which can be used as a 3rd axis or rollover on any head, or as a part of an existing motion control system, (like the Mark Roberts Ulti-Head) enabling exact control over the angle of the camera and allowing the same movement to be repeated time after time. 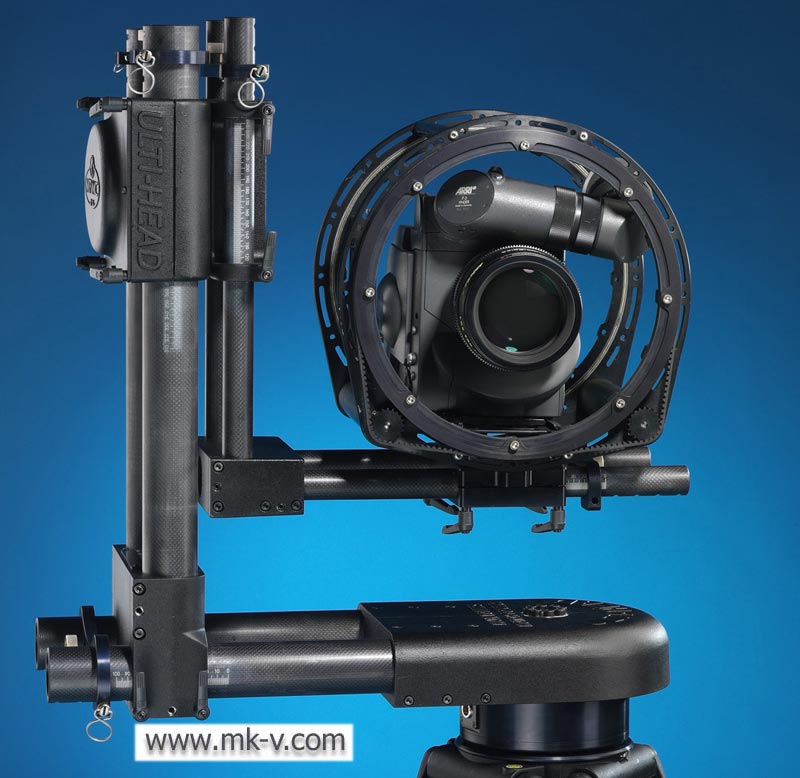 The top of the range system is the Auto-leveling Revolution System (A-R). This gives Operators the ability to shoot from ground level to 8 feet, and Automatically change modes in less than a second. The camera and monitor are stabilized, no matter the angle of the sled. The A-R and Nexus Systems are leading the way in which body mounted camera stabilization is defined – Operators are finding new and unique ways of creating shots that were once impossible, and allowing a whole new way of moving the camera and telling the story.
The MK-V AR System is being used to shoot whole films and commercials, with added production value and savings for production.
No matter the budget the MK-V AR makes a huge difference.

Or this Link for another demo 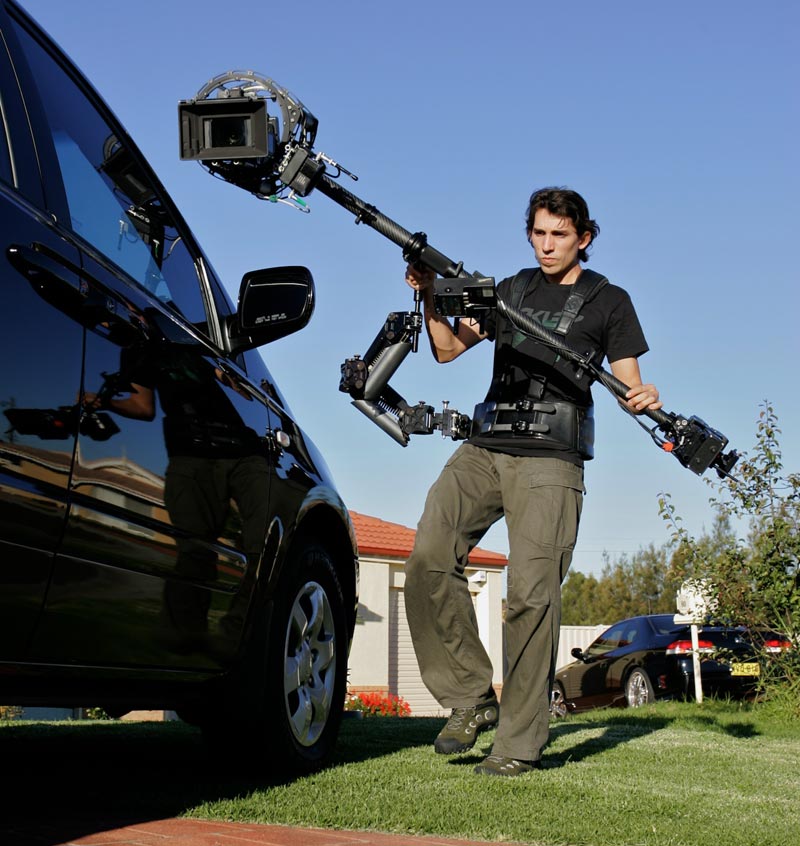 As you no longer have to keep the sled vertical by your side.

You can now operate the sled at any angle across your body, making low mode noticeably more comfortable
while maintaining the monitor in front of you for easy viewing, thus minimizing fatigue.

Revolution training is available worldwide – please email us for details.

Here is a handy PDF guide (4,7 mb) to the AR done by one of our customers, Andrew “AJ” Johnson. 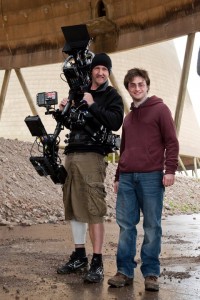 The MK-V AR System has been designed to work with a great number of cameras,
ranging from small HD-SLR (even the iphone), to HD & 35mm Film Cameras.

The list below provides a quick guide to which Cameras are suitable for use with the MK-V AR System. 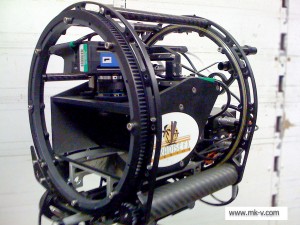 Aaton 35 (Good for use with PV lenses)

Panavision XL (Not Light Weight, Use the smallest mag adaptor)